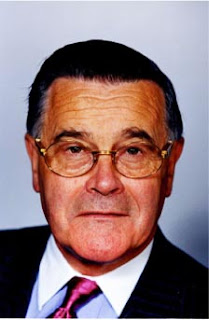 Roderick Norman McIver MacSween, (or Roddy, as most of us called him), was born in 1935 in the Western Isles of Scotland (Kinloch, Isle of Lewis) the son of a manse and a native Gaelic speaker who learned English when he went to school.  He attended Glasgow University, graduating with a BSc with Honours in Physiology in 1956 and MB ChB in 1959.  He chose Pathology as a career and in 1963, and joined the Western Infirmary, Glasgow.   He became a lecturer in 1965 and after gaining his MRCPath in 1967, a post-graduate fellowship allowed him to study at Colorado University Medical Center in Denver from January 1968 to December 1969, where he further developed his interest in iron metabolism.  On his return to the Western Infirmary in 1970, he was awarded a Wellcome Senior Research Fellowship and working with Professor John Anderson, earned an MD with Honours in 1973 with a thesis on “Clinico-Pathological and Immunological Studies in Liver Disease”.  Rising rapidly through the ranks of Senior Lecturer, Reader and Titular Professor, he succeeded John Anderson as the sixth holder of the Chair of Pathology at the Western Infirmary and Head of Department in 1984, positions he held until his retirement in 1999.

In 1985 he was elected Fellow of the Royal Society of Edinburgh and served on its Council from 1992-1995. His served as Vice-President of the Royal College of Pathologists from 1995-1996 and as President from 1996-1999. He also served as Editor of IAP journal “Histopathology” from 1985-96, President of the British Division of the IAP, and Chairman of the British Association for Study of the Liver.  His leadership skills were also recognized in other medical disciplines where he served as Chairman of the Academy of Medical Royal Colleges from 1998-2000.  He retired in 1999 and became Sir Roddy when he was knighted in 2000 for services to Medicine and Pathology.  A member of the General Medical Council from 1999-2003, his numerous charitable works included serving as Chairman of Tenovus Scotland, Chairman of the Medical Advisory Committee of the Children’s Liver Foundation and as a Committee Member of the British Lung Foundation (Scotland). He was also Chair of the Unrelated Liver Transplant Regulatory Authority and President of the Royal Philosophical Society of Glasgow.
Professor Sir Roddy MacSween (Roddy) was a skilled interpreter of liver biopsies with a national and international reputation and a world-wide referral practice.  In 1978 he was invited to join a unique distinguished international hepatopathology group known as the Gnomes, the name applied to them by Dame Sheila Sherlock (London) after their first meeting in Zurich.  She claimed that the liver Gnomes, like the financial Gnomes of Zurich, were manipulating interpretation and classification in hepatopathology.  Roddy had many other accomplishments, including prestigious lectureships, numerous publications, and significant editorial duties.  Perhaps he is most widely recognized by our society for his editorship of Pathology of the Liver, the first edition with Peter Anthony and Peter Scheuer as co-editors, with further editions in 1987, 1994 and 2002.  The textbook’s comprehensive nature by this time was reflected in a review which stated “If it’s not in MacSween, it’s not in the liver”.  He retired as an editor for the 2007 fifth edition, but his successors retitled the book MacSween’s Pathology of the Liver in order to carry on the significance of the name of the founder.  The 6th edition was published in 2012, and the 7th edition is in preparation.   This authoritative textbook rapidly became and has remained the definitive textbook for liver pathology around the world.
He married Marjory Brown, a fellow medical student (and later, dermatologist), in 1961.  Together, they enjoyed their family (children Ruth and Gordon, and grandchildren), and loved to travel and visit friends worldwide, as well as play golf.
Throughout his career he was beloved by his students, residents, and other mentees as an outstanding teacher with endless energy and enthusiasm, and a caring mentor.  As many of you know, he formed friendships easily.  A continual stream of visitors from around the world spent time with him learning the art of liver biopsy interpretation.  No matter how busy he was, he always made time to view his set of case slides with each at a double-headed microscope, and he would bade them farewell with the words “thank you for paying us the complement of coming here to study”.  Many of these visitors have become leaders in liver pathology worldwide.
On his death, many remember him as one of the giants and luminaries of liver pathology, and praise him for the great legacy he left liver pathology for future generations.  Their memories are also filled with appreciation for his enthusiasm and ability in teaching, his encouragement to many to pursue their studies, and most significantly, his great warmth and generous, kind spirit that put all at ease, no matter what their personal status or relationship to him.
He will be greatly missed as a friend, colleague, and mentor, but we rejoice that his legacy and memory will live on the hearts and minds of pathologists worldwide, and we thank you, Sir Roddy, for inspiring us in so many ways.